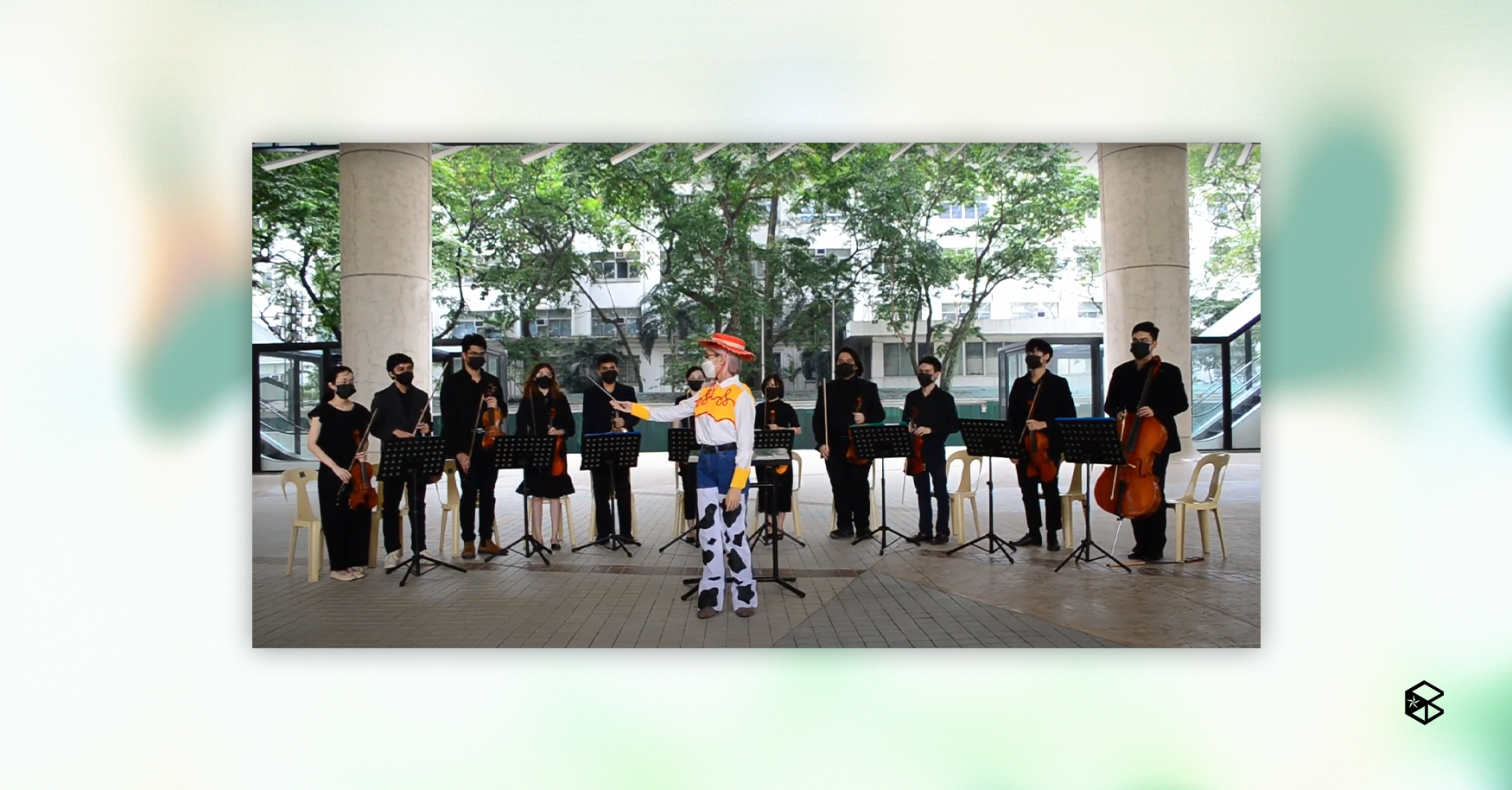 Hold on tight as we reminisce the spellwork of the enchanting melodies of Lasallian Youth Orchestra’s #Forte2022.

Performing timeless classics, the Lasallian Youth Orchestra (LYO), the official orchestra of De La Salle University (DLSU), staged its yearly concert Forte 2022 with the theme, “An Enchanting Journey of Songs and Symphonies” online on Sept. 30 via AnimoSpace and Oct. 1 via Ticket2Me.


The almost three-hour-long event featured a pre-recorded concert of LYO as it combined individual performances from home by its members and group productions held at DLSU. With themes of fantasy and adventure, LYO covered numerous pieces that hint at the magic of music.

Stepping into a new adventure

Opening the doors to the bewitching journey ahead, LYO kicked off the concert with a brief animated story of a girl suddenly being transported to a magical world. She was then greeted by a familiar creature she’d met, Antonio, the small dragon. Antonio begs for the girl to stay for an adventure. With the girl wanting to return home, Antonio tries to lead the way through different portals filled with music and magic, which eventually brings our two characters to the performances of  Forte 2022, starting with various classical pieces.

The timeless melodies of Fritz Kreisler, Johann Sebastian Bach, and Niccolo Paganini, among others, put audiences in a trance with solo and group violin performances. These were accompanied by an LYO pianist for some of the staged pieces. Members also gave renditions of classical tunes inspired by pop culture, such as in the “Violin Sonata No. 9, Op. 4–Kreutzer” by Ludwig van Beethoven. This piece’s rendition was inspired by the performance staged in the popular music-drama anime, “Your Lie in April.”

In addition to the classical performances, the roster of songs orchestrated by LYO included local pieces such as “Hating Gabi” by Antonio Molina and a kundiman titled “Cavatina” by Nicanor Abelardo. The diverse setlist also covered “Vadrum Meets the Barber of Seville” by Andrea Vadrucci, a rendition of Gioachino Rossini’s piece, “The Barber of Seville.” These unique and alluring performances certainly caught the attention of viewers.

Heading into the following enchanting destinations, the genres of pieces performed shifted more towards pop culture, which began with the Studio Ghibli Medley, featuring songs from Hayao Miyazaki’s hit animated films. These songs were composed by Joe Hisashi, known for collaborating on most of Miyazaki’s movies. 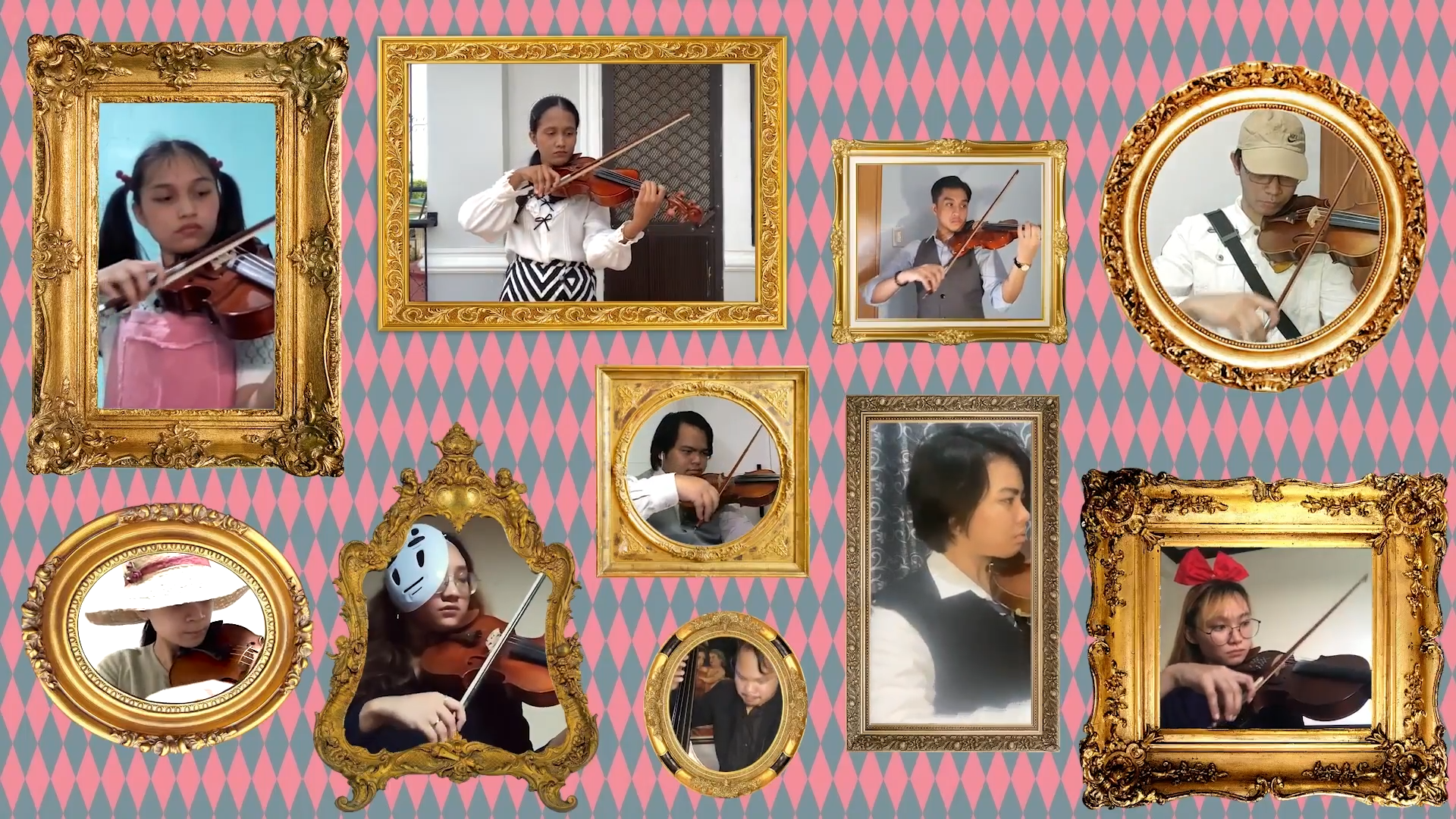 Members of LYO performed iconic pieces from the Ghibli movies such as “One Summer’s Day” from Spirited Away, “Village in May” from My Neighbor Totoro, and “Merry Go Round Of Life” from Howl’s Moving Castle. The group brought more wonder and awe in their performances for this medley as some members even dressed up as movie characters while performing, such as Sophie, Hatter, and Totoro.

Flying through the streets of nostalgia

After the Studio Ghibli medley, audiences were then transported to the world of Disney with the Disney-Pixar Medley. Here, several songs from hit Disney Pixar movies were performed, bringing timeless memories back into the audience's hearts.

Viewers got to relive their favorite childhood movies with various iconic soundtrack pieces. A conductor from the LYO kicked off the medley while dressed in a Jessie costume from the Toy Story franchise, leading the performers in the song “You’ve Got A Friend in Me” by Randy Newman. From Monster’s Inc, the movie’s theme song was also performed, bringing in attention and anticipation for more of the pieces to come in this medley.

Later, members brought the audience to the mouth-watering and curious world of Ratatouille by performing “Heist To See You” by Michael Giacchino. Finally, LYO rocketed through the world of The Incredibles with the iconic credits score, “The Incredits,” also by Giacchino.

As the Disney-Pixar Medley ended, this built up to an exciting finale medley performance from the popular video game “Genshin Impact.” In this seven-song roster, fans of the game were summoned to tune into this grand performance. Some members of LYO even cosplayed characters from the game, such as Hu Tao and Venti. 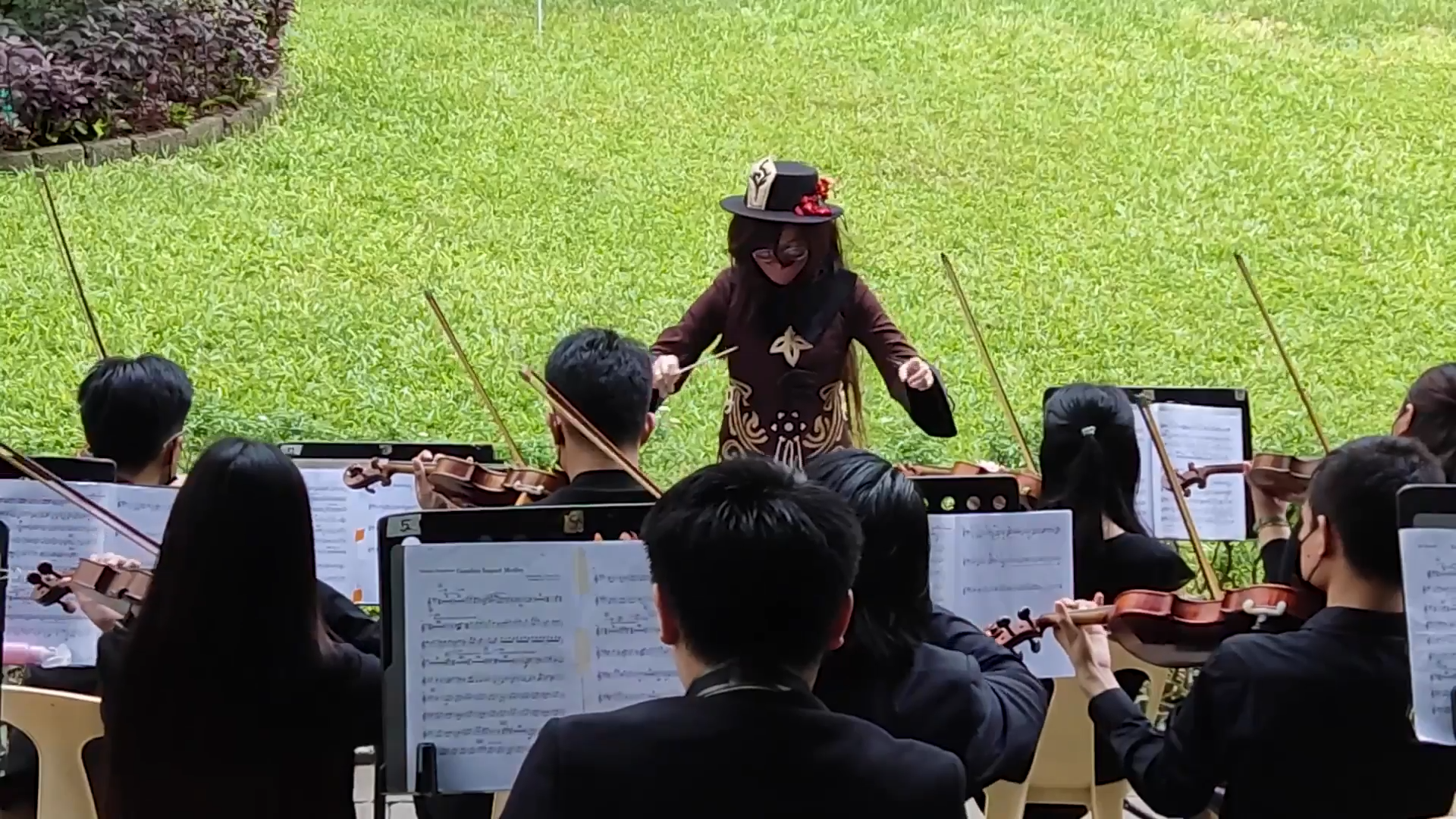 Composed by Yu-Peng Chen, some of the songs included in the concert were the “Main Theme” of Genshin Impact, “Enkanomiya Battle Theme I,” “Ruu’s Song,” and even “Liyue.” This medley channeled more magic and adventure for Forte 2022, lighting the sparks of amusement and transporting audiences to the world of Teyvat and its many regions.

With the concert coming to an end, audiences were taken back to Forte’s animated story, with the girl having to leave Antonio to return to her own world. She then promises Antonio that the next time she returns, she will take him on more adventures, ending the concert and rolling the credits.

Bringing the fun and magic outside the music

Despite the concert reaching its final note, the magic of Forte 2022 doesn’t end with its performances as LYO also partnered with the Childhope Philippines Foundation, an organization aiming to raise awareness of the plight of Filipino street children. As a beneficiary organization, all the proceeds of the concert will be donated to this foundation. In line with the concert’s theme of encouraging child-like wonder and awe with fantasies and adventures, LYO student artists performed for these children in light of defending their rights and fighting to make a difference for the Filipino youth.

LYO certainly captivated audiences with their magic in Forte 2022. As a hybrid production, it brings the comfort of enjoying musical entertainment in the comforts of your home. At the same time, it ushers in anticipation of live music’s complete return in this post-pandemic setup.